I was hearing bangs like Chief Keef
Always yelling names that's deceased
I go off my mind and my instinct (And my instinct)
Shootin' at the same time, we was in sync
On the same thing, tryna repeat
We was in them whips, right back on the enemies

Stuffed on my last hit, I was in the middle seat
Fuck it out the sun roof, brodie got a quick release
And we in a car real fast from police
Shots fired back, but his ass in the street
When I bought a forty, showed Brittany and Tiffany
Knowing if they call, it ain't shit they can't get from me

Lot of warfare, 17 had a 50 piece
Flexed on niggas so you know they wanna kill a G
(Royalty) Posted in the hood with some Bentley keys
(Loyalty) Roc died, showed 'em what it really mean
I can't sleep 'cause it's a war zone in my head
My killers good, they know I'm hands on with the bread
A million dollars ahead, I'm still angry and seeing red
How the fuck I'm 'posed to have fun? All my niggas dead

Used to run home from the train stop (Yeah)
Running so fast, dodging raindrops (Huh-ah-huh-ah-huh)
'Member got robbed at the park once (Yeah)
'Member thinking that that bitch probably ain't cocked (Yeah)
'Member I was with my mama one time
Seen a nigga through the glass, hit a nigga with a bankshot (Bow)
Point-blank, head hanging off his tank top (Whoo)

Walked off, we drove off, went to GameStop (Skrrt)
Quiet ride there, picked up San Andreas (Hunh)
Certain things we ain't talk about, mama
We just prayed off
We seen it all, don't get involved
Carry the weight of the world like a shawl (Yeah)
Conceal and revealing to people in court

I still can feel it, I know that the world is evil
In case you thought a nigga forgot it
When my homie was bleeding out
Another homie went in his pockets (Tch)
Please do not run up on me, not even as fans
Niggas get fanned down on the Dan Ryan
I'm flying, I'm scary as hell, I need me a Xan (Igh)

The days seem long as life gets shorter
We know sex, drugs, money, all in that order
Ain't no structure, no peace, we've lost our order
Leaving me with anxiety, fucking up my sobriety (Lil Uzi Vert, yeah) 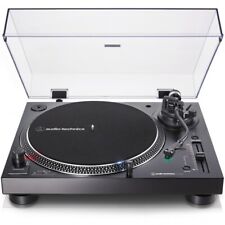