So I'm watchin' her fine ass
Walked to my bedroom, and thought to myself
That's the shape of things to come
She said, "Why you in the club, and you don't make it precipitate?
You know, make it rain when you can make it thunderstorm"
I'm like, "Why? "
The world needs sun
The hood needs funds
There's a war going on and half the battle is guns
How dare I throw it on the floor
When people are poor
So I write like Edgar Allen to restore, got a cord? [?]
Umbilical attached to a place they can't afford
No landscaping, Or window draping
This old lady told me,
"If I ain't got nothin' good, say nathing"
That's why I don't talk much
I swear it don't cost much, to pay attention to me
I tell like it is, and I tell it how it could be
The hood be
Requesting my services, Oh don't get nervous it's
Step yo game up time, These ain't them same old rhymes
Designed to have you dancin' in some club
Niggas write to me
Woman be up in they tub
Expoliating with hey pom poms
Yellin' "GO 3000! "
I'm in my whatever bumpin' what?
A 100 miles in
Runnin' Runnin' Runnin' Runnin'
Summon
Woman
Come in
Sit down, heard you need some plumbing
Done and
I'm in
A swell mood
A rather swoll mood
Until she told me that she told (?)
That's she'll be back, she's going to the store
I didn't know she had a boyfriend, so the door
I pointed her too
I said, "Call me when ya'll break up
I don't fuck nobody bitch"
And never only Jacob, know what time it is
Nigga just tryin' to live
Like a Nigga suppose to live
If I still drink that malt liquor
I pour that beer
On the ground for niggas not around
I started out starvin'
Now they got me out here Brett Farve'n
Try'n to see if I still got it... (got it...)
I guess it's like the right thing about it... ('bout it...) 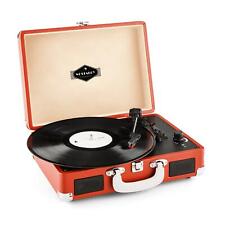