Thin hung the web like a trap in a cage,
The fox lay asleep in his lair
Fang's frantic paws told the tale of his sin.
Far off the chase shrieked revenge.

Outcast he trespassed where no wolf may tread,
The last sacred haunt of the dead.
He learnt of the truth which only one wolf may know,
The sceptre and crown of the king.
Howling for blood, One-eye leads on the pack,
Plunging through forests and snow-storm.

Steep rose the ridge, ghostly peaks climbed the sky,
Fang sped through the jungles of ice.
Hard on his tale, One-eye drew from the pack
An old hero conquered by none.

Steep, for too steep grew the pathway ahead
Descent was the only escape
A wolf never flees in the face of his foe
Fang knew the price he would pay
One-eye stood before him
With the crown upon his head
Sceptre raised to deal the deadly blow.

Fang, son of great Fang, the Traitor we seek,
The laws of the Brethren say this
That only the King sees the Crown of the Gods
And he, the Usurper must die

Snarling he tore at the throat of his foe
But Fang fought the hero in vain
Dawn saw the white mountain tinted with red
Never would the crown leave again
One-eye hid the crown and with laurels on his head
Returned amongst the tribe and dwelt in peace. 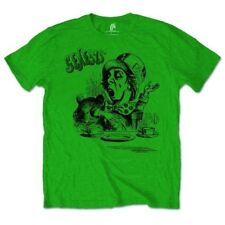