I feel I'm a threat to high powered mc's
Cause when I roll up on their live shows they kinda freeze
From being approached by the genius of rap
Whose poetry makes hands on a clock clap
You see, I be coming with strong rhymes galore
That even a stubborn mc can't ignore
Like a child speaking to a stranger
Soft mc's, I see more and more
With an ancient style, the prehistoric bore
Yes, they scream and roar until their throat get sore
Now they're running to the neighborhood drug store
To buy the cough drop for what? the wrong hip hop
Now they swear they're on the good ship lollipop
But it's a sweet trip to the candy shop
Pow!, now it's a six feet drop
For stealin' rhymes which is incorrect
Of those who speak on how others are weak
You wanna sneak peek of the hype technique?
Don't make me run up on start flipping like
I'm insane, or you'll feel the pain

I appreciate your comments of my creation
Your standing up followed by your standing ovation
Your kindliness to listen to the true mc
Those who know me make me #1 cause they agree
I rock on and on past the break of dawn
Ask rakeem, unique ason, or even melquan
Cause I be flowing at the same time showing
Hard headed individuals who don't be knowing
That I wreck it, cause my style was perfected
And injected into a drop beat selected
By who? easy-mo-bee, the engineer
But don't forget the hypest in the northern hemisphere
The g, the, the g, the, the genius
From earth, not mercury or venus
Or mars, cause then I'll be martian
But even in that world I'll still be squashin'
Brothers who feel they have the heart
To battle me, then I'll just trip them apart
Don't make me run up and start flippin' like i'm
Insane, or you'll feel the pain 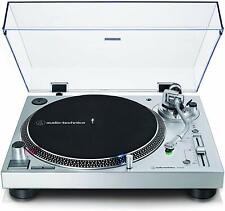