Now ever since a nigga was a seed
Only thing promised to me was the penitentiary, still ballin
Ridin on these niggaz cause they lame
In a six-one Chevy, still heavy in this game, can you feel me?
Blame it on my momma I'm a thug nigga
Up befo' the sun rise, quicker than the drug dealers
Tell me if it's on, nigga then we first to bomb
Bust on these bitch-made niggaz hit 'em up, WESTSIDE
Ain't nobody love me as a broke nigga
Finger on the trigger Lord forgive me if I smoke niggaz
I love my females strapped, no fuckin from the back
I get my currency in stacks, California's where I'm at - right?
Passed by while these niggaz wonder why
I got shot but didn't die, let 'em see who's next to try
Did I cry, hell nah, nigga tear I shed
For all my homies in the pen, many peers dead
Niggaz still ballin

Now as I kneel and pray I hope the Lord understand
When he's gone, devolve, I become a dangerous man
Ain't crazy or deranged, I'm sayin (I'm sayin)
But when these kids go to spray 'em boy I don't be playin
With clientele, any rhyme sales
Question is, will you fuck-niggaz ride for real, huh?
Bitch nigga this is G rated
Plus your homeboy won't make it, street game Fugazi
I'm elevated to the top of this shit
Done fucked around and put me and 2Pac on the bitch
And you can tell 'em THUG LIFE was the reason for this
And I ride for any nigga who believe in the shit
I'm still ballin

Now everybody wanna see us dead
Two murdered on the front page, shot to death, bullets to the head
Niggaz holla out my name and it's similar to rape
Motherfuckers know I'm comin, so they runnin to they graves, watch
Swoop down with my nigga from the Pound
Cause {Trick} don't give a fuck, where you coward niggaz now, blast
Keep pumpin, ain't worried bout nuttin
Busters thought we was frontin, so reload and keep dumpin 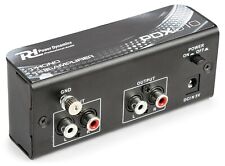