The Moment I Feared - Tricky

Well I'm sittin on my lunch break, grinnin my teeth
It's the last day of the week, boy what a relief
My muscles kind of ache, they felt rigid and stuff
So I turned around, and I smoked this big fat spliff
Now I'm happy as can be I'm in this pothead spell
I put some eyedrops in my eyes so that no one can tell
Now It's 5: 45 almost time for the bell
I'm back on the job, I don't bother no one
I keep strictly to (myself) till my job is done
Now it's 5: 45 it's time to have fun
I'm hangin out with a rapper, a kid named Don
We got more drunk than a skunk and happy as can be
We went, to the Latin Quarters and we got in free
Scoopin all the girls with my fly jewelry
Cause I'm a fly brown brother and you can't school me
Boogie Down was performin hey they ain't no joke
And a bunch of Brooklyn kids was lookin all up my throat
Was it my big chains with the big plates on em?
Then they rolled on me and told me to run em

I said, "They're really not real, they're just a front for the girls"
Then a whole bunch of fists just, caved my world
I was in pain, so ashamed, I wish I never came
Had to pick up my face and go home on the train
Then I went to my apartment and brought me a (fort(y]]
Then I went to the park, and I sat and I thought
I seen Danny Boy blue with his girl named Sarah
In one of their cars, I think it was a (Valera/Bravera?)
She called out to me, but, I really didn't hear her
So I went a little closer so I could a little clearer
She said, "You know where... Tilden"
I said, "I know where that is, just next to my building"
I gave em the information and they I went on my way
Then I went home, and slept til two the next day
There was a knock on my door, I opened it, no quit!
It was Sarah standing there with a bag named Kit
She starts to use me and abuse me and at first I wasn't with it
Then we did it and we did it and we did it
She said it was great, she said she's glad we had done it
The elevator come and Danny Boy was on it

Well he was huffin and puffin and he swung at me -- word
So I pulled out my jam and sauced the nerd
Then he was dead two in the head I took the cash and the Visa's
She said, "Everything's all right, just make sure nobody sees us"

Now I was rich as I was rich I could have whatever would please me
Now I could wear real gold in front of folks who don't tease me
Yah, I'll be a new neighborhood dad
Cats'll roll up on me like, "Trick's my man!"

Ya see a policeman rolled up on me and told me, "Make my day"
I said, "Relax brother," but he had proof that I had done it
He found the gun with my fingerprints on it
But now I'm in prison doin' life and I'm scared
Some kid snuffed me cold and greased me where no one dared 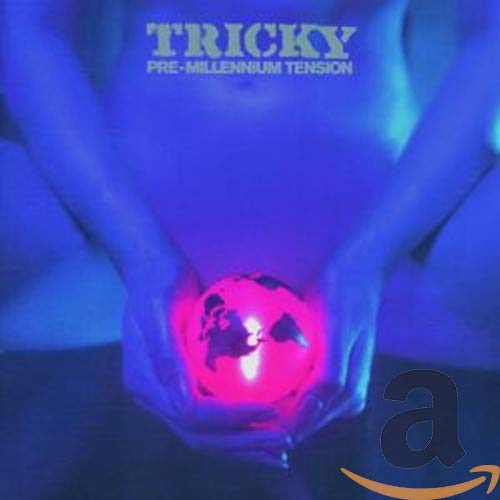